The shortest vertical between two points is the horizontal

Since the First Industrial Revolution, which took place in the early nineteenth century, a series of huge changes in the configuration of our society took place, and the inertia of these changes have been shaping the structure of our business organizations. At present we are living the so-called Fourth Industrial Revolution, in which changes occur at an unprecedented speed and where the degree of flexibility and adaptation of our companies determines their probability or not of survival.

The growth and trend of the industry has shaped the organization charts of companies with a pyramidal structure, where the upper vertex is clearly defined, and maintaining a relatively low span of control based on a structure of intermediate controls, which, as the company grew, it caused that each time the top management was higher (in the literal meaning of height) and each time was further away from the operational base of the company. This has a double consequence; On the one hand, the management loses contact with the reality of the base that sustains its entire organizational structure, having to use the criteria of the entire chain of command, and having to maintain the discipline of decision-making at the same time prevent anyone from being unauthorized; the higher the pyramid, the more complicated all this entails, and requires the incorporation of specialized technostructure and a dilution of the company’s DNA. On the other hand, the operational staff perceives senior management as far away and with a network of trenches so dense between them and the vertex, that they feel frustrated by any impulse to propose changes or alternatives that would result in an improvement, Involved only in carrying out their work. and resign themselves to their status within the company; with this our collaborators do not feel that they work “in” the company, but “for” the company. 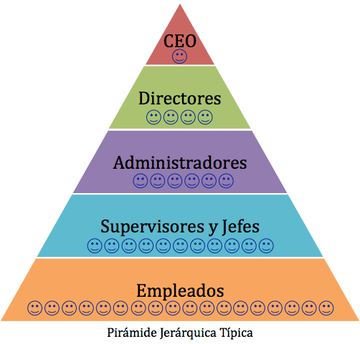 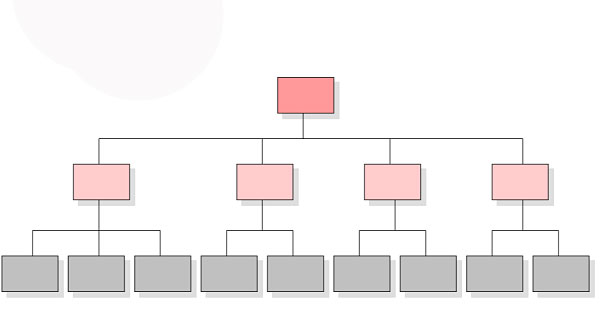 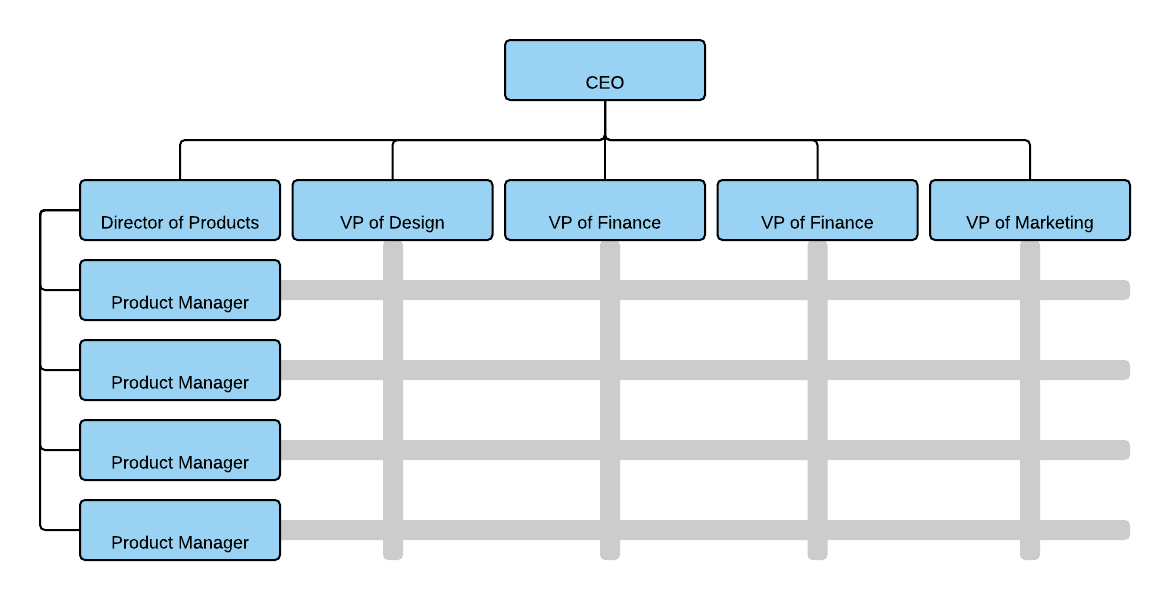 Nowadays one of the most demanded attitudes is creativity due to the flexibility and changing adaptation needs that the professional environment demands. This should also be required globally in the organization, which forces us to take the necessary set up decisions to shorten that vertical line, eliminate the tangle of filters between management and operations and achieving that our company is also the most flexible and adaptable to the conditions that arise, since, in the same way as in architecture, the less flexibility of a structure, the greater the probability of collapse if the stability parameters change. In the organizational design of companies this is achieved by transforming the pyramid shape into a rectangle with the minimum possible height, that is, by shortening the vertical by expanding the horizontal, and, if the size of the company requires it, adopting a matrix configuration. In short, that the management does not lose contact with the operations and that the operations feel the proximity of the management.

Generosity as a key success factor

Recognition as booster of appropriate decisions
Scroll to top

We may request cookies to be set on your device. We use cookies to let us know when you visit our websites, how you interact with us, to enrich your user experience, and to customize your relationship with our website.

Click on the different category headings to find out more. You can also change some of your preferences. Note that blocking some types of cookies may impact your experience on our websites and the services we are able to offer.

These cookies are strictly necessary to provide you with services available through our website and to use some of its features.

Because these cookies are strictly necessary to deliver the website, refuseing them will have impact how our site functions. You always can block or delete cookies by changing your browser settings and force blocking all cookies on this website. But this will always prompt you to accept/refuse cookies when revisiting our site.

We fully respect if you want to refuse cookies but to avoid asking you again and again kindly allow us to store a cookie for that. You are free to opt out any time or opt in for other cookies to get a better experience. If you refuse cookies we will remove all set cookies in our domain.

We provide you with a list of stored cookies on your computer in our domain so you can check what we stored. Due to security reasons we are not able to show or modify cookies from other domains. You can check these in your browser security settings.

These cookies collect information that is used either in aggregate form to help us understand how our website is being used or how effective our marketing campaigns are, or to help us customize our website and application for you in order to enhance your experience.

If you do not want that we track your visist to our site you can disable tracking in your browser here:

We also use different external services like Google Webfonts, Google Maps, and external Video providers. Since these providers may collect personal data like your IP address we allow you to block them here. Please be aware that this might heavily reduce the functionality and appearance of our site. Changes will take effect once you reload the page.